Digital distribution has forever changed the video game industry. Since the arrival of Steam in 2003, GOG, Epic, and other platforms have joined in. Consoles have their own online stores and already sell models that don’t support physical media. This trend is not unique to video games: movies and music have also experienced it with the rise of streaming platforms… and services such as Game Pass or PlayStation Now indicate that this subscription model will continue to grow in the future.

For creators, this has meant greater ease in making their games available to gamers, while consumers enjoy greater convenience.

However, there will always be a group of passionate diehards who want to enjoy their favorite games in physical format, so they can show them off in their collection. Especially if they are accompanied by a good manual or other extras that extend the experience beyond the hours of gameplay.

In Abylight we know this, that’s why we have created the collector’s editions of Hyper Light Drifter – Special Edition and Cursed Castilla for Nintendo Switch. Because we get involved to the maximum with the games we publish and because we want to offer more to their fans.

We have prepared a small article about the physical distribution of video games, but if you want to go deeper, in our Youtube channel you will find this talk by Eva Gaspar, CEO of Abylight.

Abylight’s beginnings were making mobile games (those old, weird ones) thanks to digital distribution, although members of the team started making cartridge games for consoles like Game Boy.

When we started working with Locomalito’s games, we felt that physical itch again and decided to dive headfirst into creating physical editions, because we are not afraid of trying new things.

Cursed Castilla for Playstation 4 and PS Vita was the first one, and to make it a reality we partnered with EastAsiaSoft, who took care of all the distribution parts while we at Abylight were in charge of designing the editions.

Then came Super Hydorah, also for PS4 and PSVita, but this time thanks to our collaboration with Limited Run Games. We enjoyed the partnership so much that we are still working together today for the American distribution of our new editions.

But we’ll always regret not being able to release a physical version of Cursed Castilla for Nintendo DS!

The main difference between digital vs. physical distribution is clear: the value chain is shorter. The game goes through fewer hands from the time it leaves the creator until it reaches the player.

In the case of some brave people like Locomalito and Gryzor87, the relationship is as direct as publishing the games yourself on a personal website for any player to download them freely.

In digital distribution, the developer only shares profits with the platform owner (Steam, Nintendo, Sony…) who of course always gets a percentage, and with the publisher, in case there’s one. And of course, taxes… don’t forget about taxes.

This means that you can even do without a publisher… but just because you can do something, doesn’t it’s a good idea to do it. Creating is not the same skill as selling! They are different disciplines, and nowadays it’s not enough to make a good game, people have to know it exists. Although access to the platform owners is not as complicated as it used to be, they still have their requirements. A publisher has the know-how and experience to help you navigate those waters and get your work to its audience.

Physical distribution is in some ways a throwback to the old days. Basically, more people need to get their piece of the pie. We still have the developer, of course, but a publisher is now essential. In addition, manufacturing, logistics, distribution… all of those are added to the chain.

In digital, the platform owners are also distributors, but this is not the case in physical distribution, where we also have the retail stores, the physical businesses (which can also have digital stores…).

Of course, these distributors will also want to have a profit margin to make the whole thing worth their while. They have their own sales estimates and the distribution agreements may have clauses that allow them to return the merchandise if the expected sales are not reached in the expected time.

What happens if a game doesn’t sell? The case of E.T. by Atari

Many of you will know this story, which is already part of the lore of the video game industry.

Legend has it that millions of copies of the Atari 2600 game E. T: The Extra-Terrestrial were buried in 1983 in the desert of Alamogordo, New Mexico.

Steven Spielberg’s film was a box-office success and is part of the history of cinema. On the other hand, its adaptation as a video game… went down in history for other reasons, as one of the worst video games ever created.

Thus, thousands of unsold cartridges ended up in a hole in the desert. Although there were not really as many as the urban legend says, Atari itself confirmed that the number was around 700,000 copies (including other games besides E.T.). 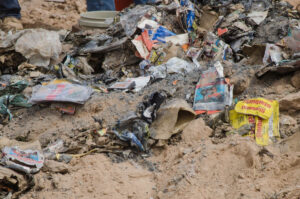 Are physical editions worth it?

Of course, creating physical editions means new headaches. As game developers, we at Abylight are used to testing our games for bugs, but physical items in a collector’s edition such as Hyper Light Drifter – Special Edition or Cursed Castilla also require a lot of testing to be of the right level of quality. We have to make sure the colors and materials are what they need to be and something as seemingly simple as creating a keychain can be an expensive process that involves a lot of attention to detail.

But games like these deserve it, don’t you think?

We don’t have any doubt about it and you can be sure that you will see new physical editions of our titles in the future.

Stay tuned to our social networks (Instagram, Twitter, TikTok) and check our Discord to be the first to know about our latest news. 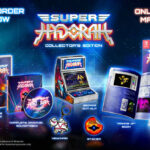 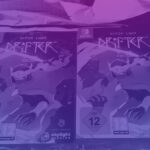 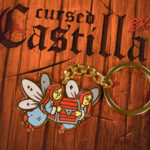 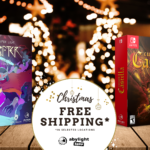 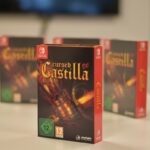 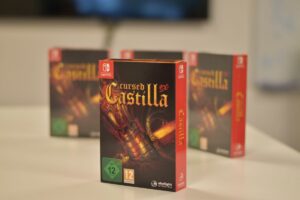 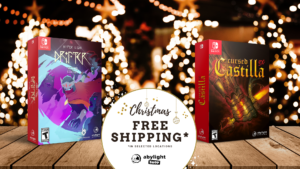 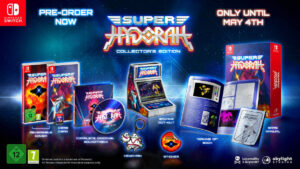 Receive in your email all the news and exclusive offers.
I Want to Subscribe!

We will keep you informed!

We use our own and third-party cookies to improve the browsing experience of our users and collect completely anonymous information for statistical purposes.

Technical and necessary cookies are absolutely essential for our website to be operational with all its active functionalities. In addition, they guarantee the safety of the users who access our website, allowing them an adequate and correct navigation.

Analytical cookies are used on our website to prepare different reports regarding types of browsing profiles and to be able to know the preferences of users. For example, by means of an analytical cookie we can identify the geographical areas of greatest interest to a user, the most successful product, etc.